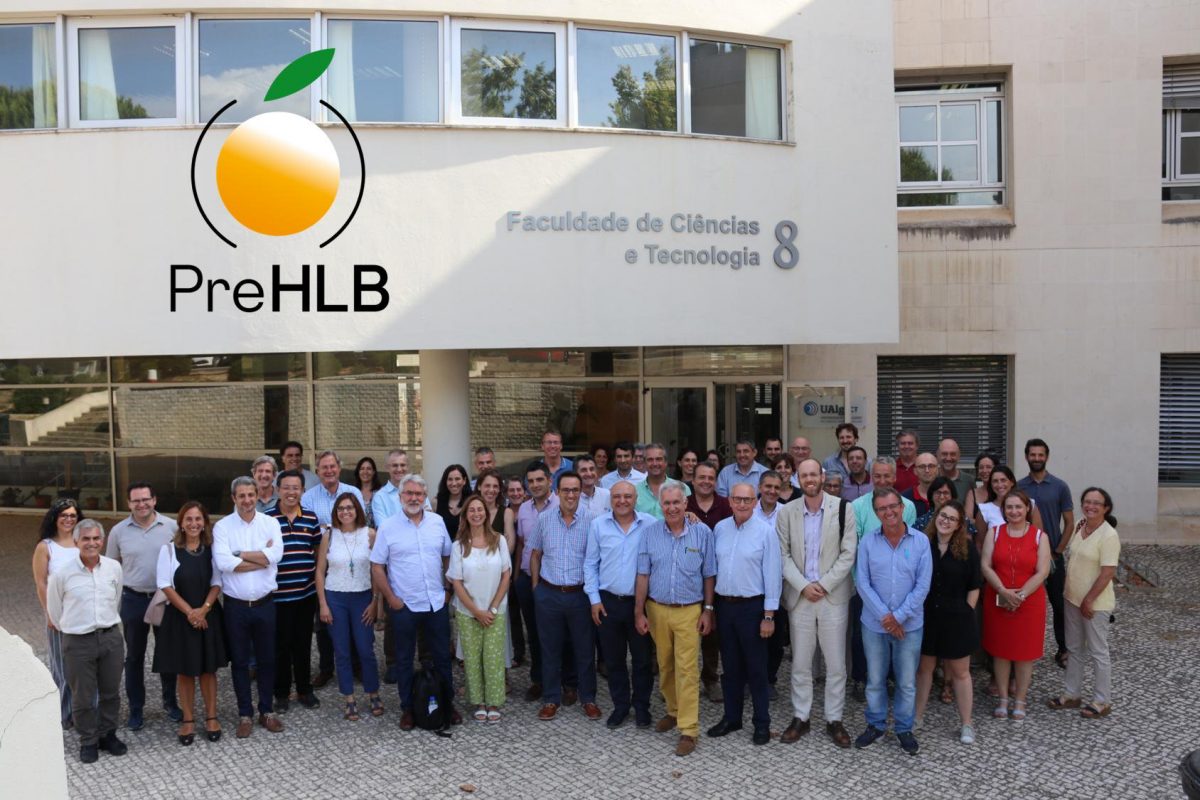 PRE-HLB is a new European project funded by the Horizon2020 Programme, that aims to develop and implement a holistic contingency plan to protect the citrus sector in the EU from HLB disease drivers and to co-create new solutions to manage the disease through a multidisciplinary approach and in collaboration with experienced partners from America and Asia

This project was launched in Faro the 23th and 24th of July 2019 and counted with the assistance of all the members of the consortium. PRE-HLB has a total budget of 6,639,762.50€ with the EU contribution. The project will run for the next four years with 24 organizations from 6 European countries and 3 non-European countries

The EU citriculture is threatened by the emerging disease Huanglongbing (HLB, also known as Greening), currently considered the most devastating citrus disease due to its rapid dispersal, severity and fast progression of symptoms, huge losses in fruit production and quality, cost and difficulty of preventing new infections, lack of resistant commercial citrus varieties and economically feasible treatments for infected trees, and absence of durable control mechanisms. HLB is generating multimillion economic losses to the citrus industry. Now is the time to start research in the EU because the vector T. erytreae has been detected and is spreading in Spain and Portugal.

The PRE-HLB project proposes the monitoring and surveillance of the presence of the bacteria and the vector. In addition, it will analyse the pest risk considering that the small size of most citrus orchards and climatic conditions would lead to a rapid spread of HLB in the Mediterranean area. Monitoring techniques and simulation models will study the population of the vector in different areas of the EU and forecast its movement over time. This is complemented by the development of farm management models to combat HLB using modern epidemiological methods and early diagnosis techniques. This is expected to limit the spread of HLB if the initial phase of the epidemic occurs.

The PRE-HLB project is a global scientific challenge as the best research centers will begin to explore new ways to develop new species that are resistant to the disease in the long term.  It is also a milestone for citrus growing because it is the first initiative in which Europe, America and Asia are collaborating.